What is Parts Therapy? 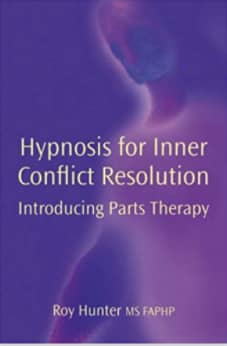 Parts Therapy is a method pioneered by Charles Tebbetts and based on the Psychosynthesis Approach which was originally developed by Roberto Assagioli M.D . and which was then used extensively by Roy Hunter.

This technique uses hypnosis to identify conflicting parts that are damaging the well being of clients, then helps those parts negotiate with each other through the therapist to bring about a resolution. The focus is to achieve a synthesis, a coming together, of the various parts of an individual's personality into a more cohesive self.

Another major aspect is its affirmation of the spiritual dimension of the person, i.e. the "higher", "deeper", or "transpersonal" self. This higher self is seen as a source of wisdom, inspiration, unconditional love, and the will to meaning in our lives.

This method is used during a hypnotic session of some depth, usually after a couple of initial sessions during which other methods are used to strengthen self-esteem and develop trust with the hypnotherapist. This technique is most effective when there is an inner conflict that prevents a client from achieving a goal they consciously want to achieve but which seems to elude them.

If the client feels like they have tried everything but they seem to be defeated by forces almost 'outside of themselves' it is an indication that there may be a subconscious part of them who are resisting change. The way to deal with this part is not to destroy it or deny it but to understand it fully. Usually, these "parts' of ourselves have been created for our own good at some stage in our lives. At the time they served us well to help us cope. They are a natural part of our defence mechanisms. However, as situations change and we develop new agreements have to be made and old agreements revised.

To understand how these 'parts' are created take the example of "Mary".

Something happened to 'Mary' when, as an attractive young teen, she was assaulted by a drunk stranger in the street after a night out. The stranger tried to get her to go home with him against her will. When she rejected him he lifted her up and tried to carry her home until he fell down. She was then able to escape.

The experience scared her and made her feel vulnerable and without defence. As a consequence she 'told herself' she would put on weight. This way she would never be considered attractive enough to be bothered by strange men and could never be 'carried away' by anyone. Many years have passed and now Mary is overweight and although she wants to reduce her excess weight she cannot do so, because the 'part' of herself that protected her against harm by letting her gain weight is now preventing her from achieving her goal.

We all have parts of ourselves that want different things from us. The part of me that wants to 'just have fun' may want me to stay up all night and dance with my friends on a weeknight while the part of me that is concerned about me doing well at work wants me to stay home and get an early night. There is nothing strange having different parts wanting different things. It's only when we cannot resolve inner conflicts or when one part seems to sabotage us without us being aware of the motives that we might need expert help to try and shed light on the conflict in order to resolve it.

If you'd like to know more about parts therapy consider reading the book by Roy Hunter "Hypnosis for inner conflict resolution'. This is a book intended for trained hypnotherapists.